The process of learning at Good Shepherd Home 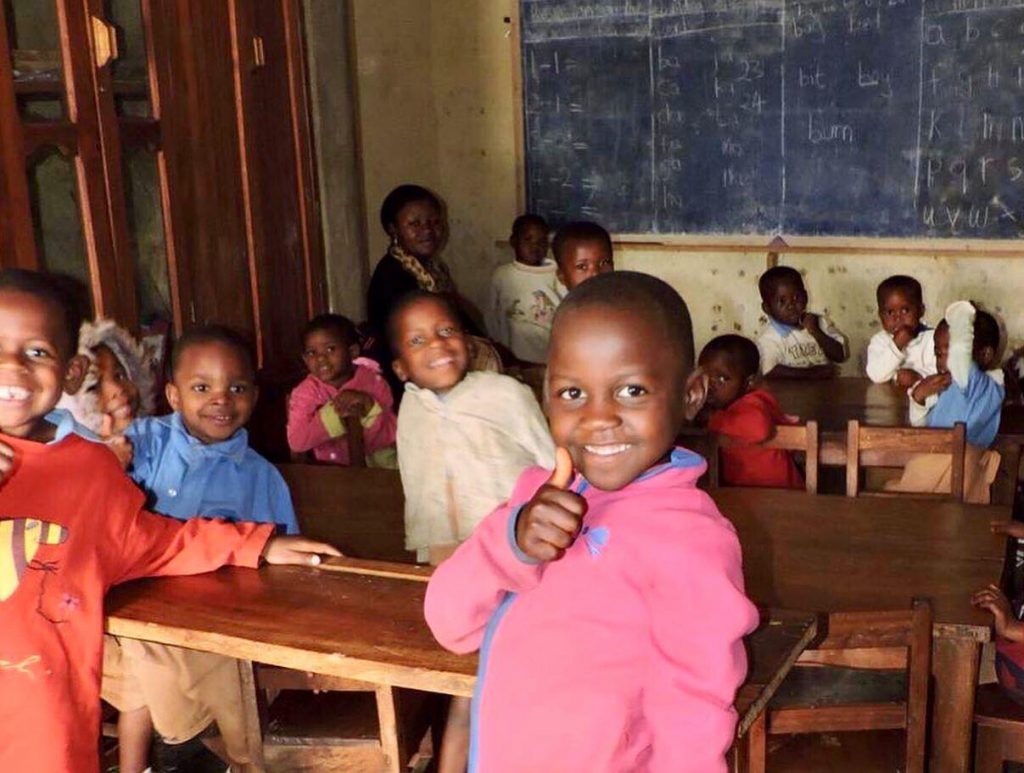 In 2014 I traveled to Cameroon for the first time to spend six months at Good Shepherd Home. Cameroon wasn’t a country I had heard much about prior to contacting them and requesting to visit. This meant I really had no expectations or clear idea of what I would be getting myself into. I think this actually made the process easier. I was able to process each new experience step by step. My only purpose was to fully immerse myself in a new culture and learn something from it.

My biggest take-away from living at GSH was what hard work looks like. Whether it is in school, on the farm, or in the kitchen, those living at GSH work hard every day. During my time there I observed how older children would leave for school before many of us were even awake, and they often wouldn’t get back until the sun was setting. They would then help out around the home, before going to the dorm to finish their assignments, often working until the early hours. They pushed themselves with the faith that their hard work would pay off eventually and the degree gained from attending school would enable them to obtain a brighter future.

For many of us living in other areas around the world, education is taken for granted. It is a guarantee, along with food, water, and shelter. Thus, it has lost its value. Instead of viewing it as a path to freedom, we see it as a constraint. It isn’t until later that we can reflect back and appreciate the education we were given.

Amartya Sen, an economist and philosopher, developed the capability approach to social justice, which evaluates equality in terms of individual freedoms that enable people to lead lives they personally value. ‘Capability’ in the approach refers to the freedom someone has to choose a life they have reason to value. The wider range of possible ‘functionings’ (learned skills or states of being) one acquires, then the greater their Capability. While the approach is ethically individualistic, individual freedom is seen as a means to strengthen the entire community. Thus, education serves to enhance individual opportunities so learners can pursue a life they value, while at the same time education is instrumental in enabling individuals to participate in the community and economy. According to Sen (1999), Education is one of the basic capabilities that is a prerequisite to wellbeing, along with health, political freedom, economic facilities, and protective security. By having these basic capabilities, one is more able to live a life they value, which is how Sen defines well-being.

The crisis is in many ways preventing children in Cameroon from acquiring basic functionings, but when considering GSH, the children are supported daily in acquiring skills to be successful. They are given tasks and responsibilities, and once they have mastered these tasks they often are given even more responsibility. They learn from and with each other; through trial and error and observation. While much of the Anglophone region is currently stagnant due to the crisis, these children are still able to grow because they have so many highly skilled older family members to teach them. This is one of the many beauties of living in a home with such a diverse group of people; everyone brings something unique to the table.

The other elements of SEAD – sustainability, agriculture, and development -are directly related to education. The older children guide the younger children in working the farm (Agriculture) and contributing to projects. This helps the orphanage Develop and grow stronger, becoming more self-sufficient and Sustainable over time. Education is a constant component throughout all of it, since the children are learning through hands-on practice. The ideal is for children to return to school so that they can continue to develop academically, but I believe the strength of the home has revealed itself even more so during the crisis. 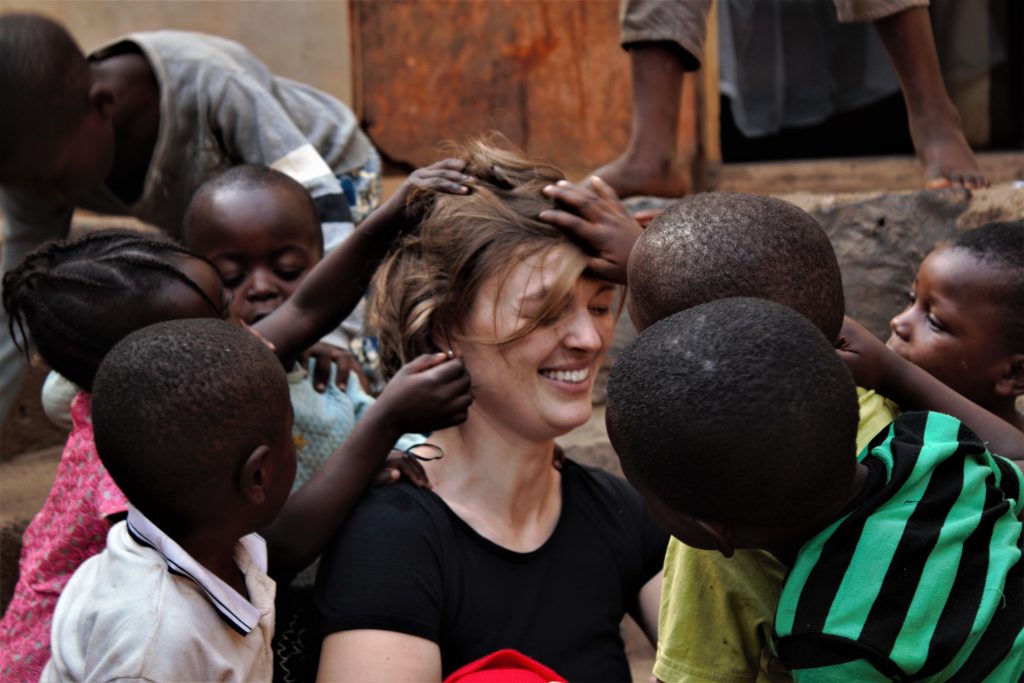 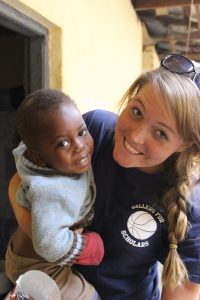 Our culture seems to emphasize a race to the top. People want to be the best, whether it’s having the best job, the most successful children, or the newest gadgets. If you aren’t keeping up to date with all the changes, then you are quickly left behind. The irony is that shopping for the holidays begins immediately after Thanksgiving; the day (sometimes on the day) where we are supposed to be showing gratitude for what we already have. Sadly, for many children and adolescents, Christmas is a time for getting. It’s ingrained in children at an early age that that having the best material goods makes you better than the rest and allows you to get ahead. Last year I spent six months living at an orphanage in Cameroon. It was the most challenging experience of my 23 years, yet undeniably the best. I was fortunate enough to celebrate Christmas with them and can honestly say that it was the most memorable and happy Christmas I have had. Sure, I missed my family and friends, I missed the snow and Christmas lights, and I missed being home… but it was worth it.

As we grow older, we learn that Christmas isn’t just about giving and receiving gifts, but mainly about being with the ones we love. In Cameroon it is typical for children to receive a new Sunday dress (or suit) and that is their only gift. To the children it is extremely special, but not the most important part of the day. The children at the orphanage didn’t receive new dresses, but for that day the best dresses were taken out of storage and dusted off to be worn. Even still, Christmas is the best day of the year for them. They spend the entire day eating, singing, and dancing. I bought gifts for the children, but there was never an appropriate time to actually give them. It felt strange and unnatural because I didn’t have gifts for all the visitors. Not sharing with everyone was so against their culture that it would have been rude to present my gifts on that day. So I waited and gave them later. Even still, I realized that giving gifts is more about the giver than the receiver. I wanted to give them something and being raised in a consumer culture, presenting them with a material item was the only way I knew how. What they gave to me was even better. They gave me a family with over 150 members. They made me feel like I was one of them. They gave me hugs, and kisses, and made me laugh. They showed me that even without the lights, snow, presents, and my blood-relatives, Christmas is a day to appreciate whatever you have, to give in whatever way you know how, and to celebrate by doing whatever makes you, and whoever you are with, most happy.

I spent this Christmas with my family in the US where we exchanged gifts as is customary. But I also tried to give to my family in other, simpler ways: helping prepare Christmas dinner, sharing laughter, listening to stories, being present. With the new year quickly approaching, people are coming up with ways to create a fresh start. Whether it’s buying a gym membership, setting relationship goals, promising to eat healthier, or finding a boyfriend; people try to better themselves. What the orphanage taught me is that bettering myself can only be done with the improvement of people at large. It has nothing to do with what I possess materially, but with how I interact with the world around me. So when the clock strikes midnight (or even before) think about how you can give during 2016 because progress doesn’t happen with one person. Coming out on top isn’t fun if you have nobody to share it with. Think of how the children who received no gifts at Christmas, are just as happy as those who received 20. Because the gifts isn’t what matters, it’s the idea of giving.